Boat trips and tours from Fionnphort  to the Isle of Staffa and Fingal's Cave, Isle of Lunga,Treshnish Isles and the Isle of Mull and Isle of Iona 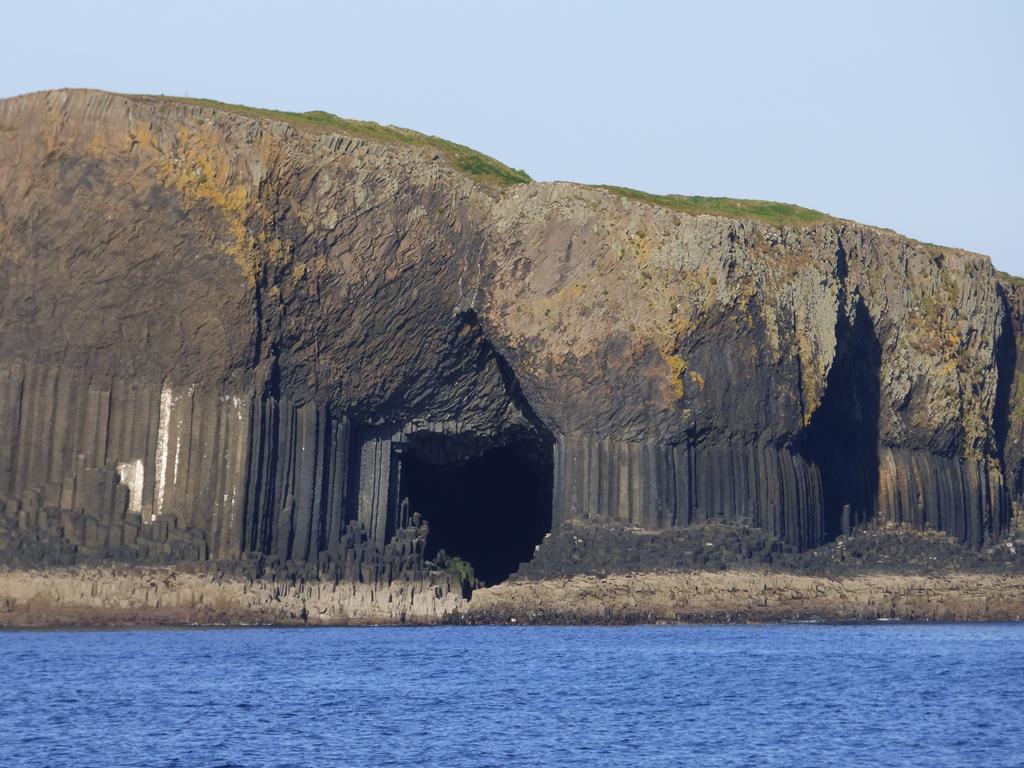 Trips to the Isle of Staffa and Fingals Cave 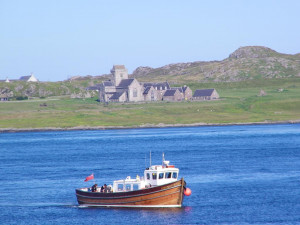 See Iona and Staffa  with Staffatrips or Staffatours to the Isle of Staffa: Departs up to 4 times daily from Fionnphort pier (9.45am 10.00 a.m, 12.15pm and 2 pm) & Iona (9.30am 9.45am 12.00pm and 2.00pm . from April through to the end of October. Sailing time is 40 to 50 minutes with an hour spent ashore on Staffa (weather and sailing conditions permitting) to visit the spectacular atmospheric Fingals Cave with its splendid basalt columns formed 59 million years ago and see the bid and wild life, especially the Puffins. Please wear warm waterproof clothing and practical footwear for climbing the stairs to the top of the cliff. In season puffins can be seen ashore, also guillimots, fulmars,great skuas, eider ducks, gannets, kittiwakes, black backed gulls, great northern divers, and razor bills. With luck occasionally you will see whales,dolphins,porpoises,basking sharks and otter. The trip lasts about 3 hours and you can leave the ferry at Fionnphort or Iona. Seaview bed and breakfast accommodation is ideally situated 2 minutes away from Fionnphort pier to allow you to take the trip to Staffa and visit Iona  easily. 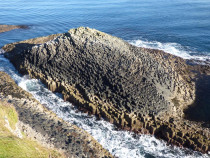 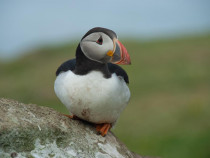 Puffin on Staffa May to July

John and Jane recommend you book the trip with them on your arrival at Seaview bed and breakfast allowing flexibility when deciding when you take the tour dependant on the weather.For full details and images on Staffa and Treshnish Isles go to Staffa page read more and Treshnish Isles page read moreMB Iolaire of Iona - Davey & Carol Kirkpatrick, Tigh na Traigh, Isle of Iona.  W: https://staffatrips.co.uk/ |Email: iolaire@staffatrips.co.uk for Staffa trips only.or www.staffatours.com for Staffa and Treshnish Tours 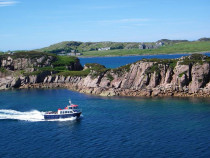 For those of you who are really interested in ornithology and the natural history of these beautiful, unspoiled islands sail out to the island of Lunga and spend two hours ashore visiting the large colony of puffins nesting there along with other seabirds. Guillimots razorbills,Cormorants,seagulls,corncrake,storm petrel, gannets, skuas, Kittiwakes, great Northern Diver and Rabbits of all things!Harp rock is the nesting site of 7000 birds. Inhabited until the 1850’s, Lunga still has a number of ruined crofters’ homes This trip lasting approx 5½ hours operates daily (except Saturday) from Fionnphort and Iona from May until early August. Please wear warm waterproof clothing and practical footwear. A packed lunch and/or snacks are also recommended as there are no facilities on the island. Toilets are on the boat. Boat operator: Gordon Grant Marine - see below for details. On leaving Lunga, you will then make the trip to Staffa to visit Fingal’s Cave where you will also have the opportunity to view seals, dolphins, basking sharks and whales in their natural habitat around these islands. In June the flowers are amazing! The boats are called Fingal,Ossian and Uillin and are modern fully inspected and tested vessels. 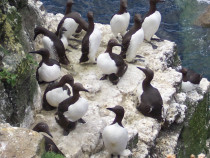 The Treshnish Isles are typical scenery of the southern hebrides and have been land beacons for sailors for thousands of years. The names of the individual  islands reflect their importance to the Vikings who once conquered the western isles of Scotland. Eight main islands the archipelago lies at its nearest , 3km west of mainland Isle of Mull and extends along a north east-south west axis of 12 km. Spectacular habitat and scenery,abundant thriving wildlife and a historically important treasure of  a medieval castle the Treshnish Isles read more are not to be missed! The iles are a Site of Special Scientific Interest because of the importance of it being a major grey seal breeding site with over 900 to 1100 pups born every year. Puffins nest in large numbers on these islands and this funny little seabird which is brilliant at swimming and flying is really comic when it crash lands when landing on Terra firma! However it still manages to amaze by migrating thousands of miles and diving  great depths to catch eels Staffa Tours read more 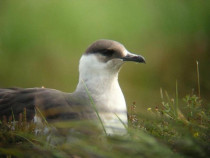 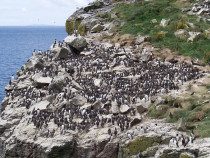 Dolphins and porpoises: anytime but good in July August and September 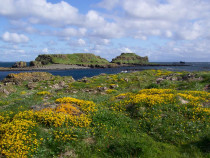 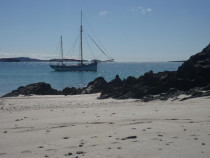 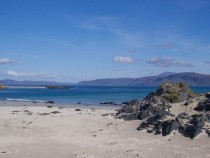 White Strand of the Monks Iona

Journey the world between ocean and coast with Alternative Boat Hire operating boat trips from the Isle of Iona and Fionnphort Isle of Mull. The boat Birthe Marie is a traditional wooden,ex working sailing and motor fishing boat built in 1933 in Denmark possibly working in the North Sea. A strongly built, renovated old fashioned boat with gaff ketch rig. The whole idea of the trips is an unhurried voyage taking in the rugged coastal landscape of the Ross Mull, Iona, Staffa and the Treshnish Isles. The boat disturbs little sailing to hidden coves and beaches along the coastline. Mark Jardine the owner and skipper has over 30 years experience of the west coast and sailing boats Trips can be different everyday depending on wind direction and tides and cater for novices, experienced sailors, old and young , exclusive trips or groups up to twelve. 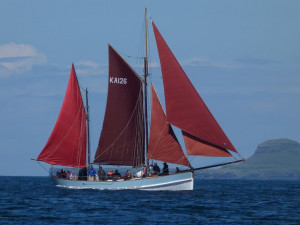 contact Mark beforehand at www.boattripsiona.com, where there is a flexible schedule of summer sailing times on one of the pages and more detailed information.